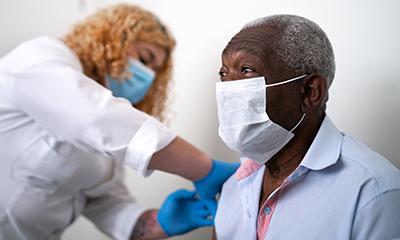 After months of debate about who should be eligible for a booster, an analysis done for CNN shows that at least 89% of vaccinated American adults are eligible once enough time has passed since their original shots. This might surprise many Americans who think you have to be elderly or seriously ill to qualify for a booster shot. It even surprised some government vaccine advisers.
"That's even more than I thought," said Dr. William Schaffner, a member of the US Centers for Disease Control and Prevention's Advisory Committee on Immunization Practices. "I would have thought it was something like half the population." 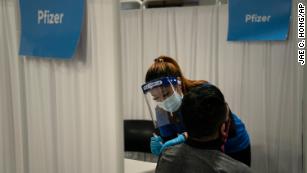 What's the best booster to get? And other questions about Covid-19 boosters
The data analysis was done by the Computational Epidemiology Lab at Boston Children's Hospital, which is affiliated with Harvard Medical School. The group also powers Vaccines.gov.
Adults who received Pfizer or Moderna's Covid-19 vaccines are eligible for boosters once they are six months past their second shot, as long as they are age 65 or older or are at high risk for severe Covid-19.
The US Centers for Disease Control and Prevention has guidelines for who is considered high risk for Covid-19. They include people in certain jobs, such as teachers and health care workers, as well as anyone who is overweight, has depression or a long list of other medical conditions.
Nearly 75% of people age 20 and over are overweight, according to the CDC. When people with high-risk jobs or other medical conditions are added in, the epidemiologists estimate that at least 89% of vaccinated adults who are sufficiently past their original vaccinations qualify for boosters.

For Schaffner, this high percentage was surprising, but not necessarily bad.
At several government vaccine advisers' meetings over the past six weeks, the discussion centered on people at high risk for severe Covid-19 without listing every medical condition that fit into that category.
He says he and his fellow advisers weren't thinking of conditions such as being overweight or depressed that affect such a large proportion of Americans. 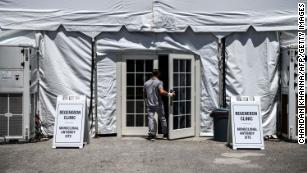 Doctors are often unaware of the only treatment for early Covid-19
"People were focused on classical underlying conditions, like heart disease, lung disease, diabetes -- I think that was principally the mindset of my colleagues," said Schaffner, an infectious disease specialist at Vanderbilt University Medical Center.
Overweight has been on CDC's high-risk list since March, and mental health conditions were added in mid-October, according to Kristen Nordlund, an agency spokesperson.
Schaffner said he feels like there has been "booster creep," but he doesn't necessarily mind it.
"One of my vaccine adages is better to over-immunize than to under-immunize even a few," he said.
But Dr. Paul Offit, a member of the FDA's vaccine advisory panel, called the current situation "boosterpalooza" and "third-dose fever," noting that doses being given as boosters in the US could be sent overseas to places with vaccine shortages.
"I agreed that those over 65 benefit from boosters and then it just opened the door," he said. "We've created this monster."
On August 18, more than a month before the FDA authorized the first booster, President Joe Biden announced a plan for "every adult" to get a booster shot starting the week of September 20.
"The administration got what it wanted," Offit said. "To be perfectly honest, I think this was shoved down our throats."
Spokespersons for the White House and the US Department of Health and Human Services did not respond to a request from CNN to respond to Offit's remarks.

To do the analysis, the epidemiology team at Boston Children's Hospital looked at the CDC's booster eligibility guidelines for Pfizer and Moderna. Adults who received those two vaccines are eligible for a booster once they are at least six months past their second shot and are age 65 or older, or have certain medical conditions, or live or work in high-risk settings. 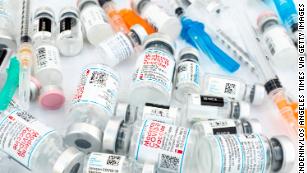 CDC endorses booster doses of Moderna and Johnson & Johnson vaccines, says mix and match is fine
The team then looked at the number of people in high-risk jobs and the prevalence in the United States of several of those medical conditions, such as being overweight or obese, smoking, asthma and having mood disorders such as depression. They statistically accounted for the fact that some people fall into more than one of these categories.
The epidemiologists also included in the analysis the relatively small group of Americans who received Johnson & Johnson's single-shot vaccine -- 15 million people compared with 175 million for Pfizer and Moderna. Everyone who received the J&J vaccine is eligible as long as they are at least two months past their original shot.
Taking all of this into account, the epidemiologists estimated that at least 89% of those who pass the time requirements are eligible for a booster. They say it's likely even more than that, since elderly people, workers in high-risk jobs and those with underlying conditions are more likely to be vaccinated than other Americans.

Many Americans are confused about whether they are eligible for a booster shot, according to a survey by the Boston Children's Hospital group and Momentive.
In a survey of 13,443 vaccinated US adults conducted October 4-10, more than 1 in 4 said they were not sure if they qualified for a booster. The rates were higher for minority groups: 31% of Blacks, 33% of Hispanics and 35% of Asians said they were unsure about their eligibility.
In a Kaiser Family Foundation poll conducted October 14-24, 4 in 10 vaccinated adults said they weren't sure if they were eligible for a booster. 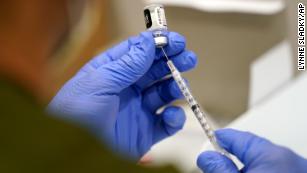 72% of unvaccinated workers vow to quit if ordered to get vaccinated
"There's a lot of confusion about who qualifies," said Benjamin Rader, a graduate research fellow with the Boston Children's Hospital team. "I think there's been a lot of bombarding people with information and it's hard to keep up with information coming from multiple sources at different times."
In describing who is eligible for a booster, the CDC has made a distinction between who should get one and who may get one.
Everyone who received Johnson & Johnson should receive a booster if they are two months or more past their original shot, the agency says.
For Pfizer and Moderna recipients, those who are 65 years and older, ages 50 to 64 with underlying medical conditions and ages 18 and older who live in long-term care settings should receive a booster if they are six months or more past their second shot. 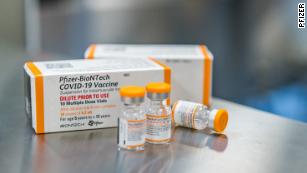 Why Covid-19 vaccines for younger children would come in smaller doses
For other eligible people, it's "based on their individual risks and benefits," according to the CDC: Pfizer and Moderna recipients who are six months or more past their second shot may receive a booster shot if they are ages 18 to 49 and have an underlying medical condition.
"The difference between should and may is a pretty important distinction," said Dr. Grace Lee, a member of the CDC's vaccine advisory committee and a pediatrician at the Stanford University School of Medicine. "When you're in the 'may' category, you have to look at what applies to your individual situation."
She said there are details and nuances in the CDC's guidance.
"This is the most complex set of recommendations we've had to give," Lee said. "I can see 100% why this is confusing to the general public."

Do the booster rules even matter?

There's a bigger question about the CDC booster guidelines: Do they even matter?
To get a booster at CVS or Walgreens, people can just say they are eligible -- they do not have to provide documentation that they have an underlying condition or work at a certain job, according to spokespersons for the companies.
Get CNN Health's weekly newsletter

Sign up here to get The Results Are In with Dr. Sanjay Gupta every Tuesday from the CNN Health team.

The government vaccine advisers are aware that people might not follow the rules.
"People of education and wealth and ability are going to find some reason, they're going to a provider, a pharmacy probably," that isn't careful about the rules, Dr. Sarah Long, a pediatrician at Drexel University College of Medicine said at a September 23 meeting of the CDC vaccine advisory committee. "They'll get their dose without really significant need."
"People are just going to go and get vaccines without any reason, and for lack of a better term, misrepresent their underlying conditions, just to get a booster," Dr. Jason Goldman, another committee member, said at the same meeting. 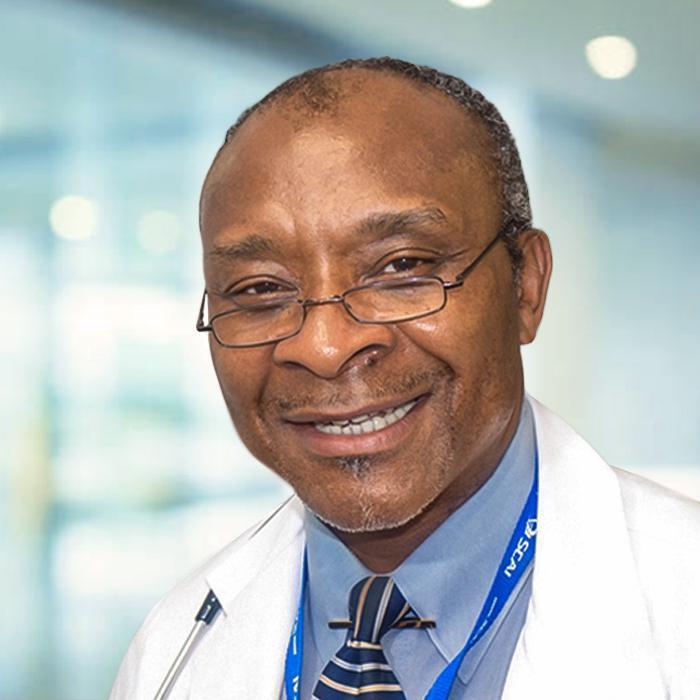 Dr. Camellus Ezeugwu is one of the 3 Best Cardiologists in Baltimore, MD! 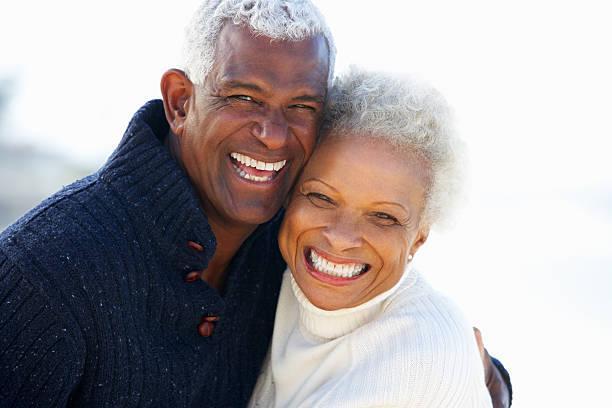 Why experts say a good mood can lead to good health

It doesn't take a scientist to understand that laughter feels good, while anger feels awful. But it does take one to explain why some feelings can boost the immune system, while others can wear it down, damage the heart and increase the risk for dementia. 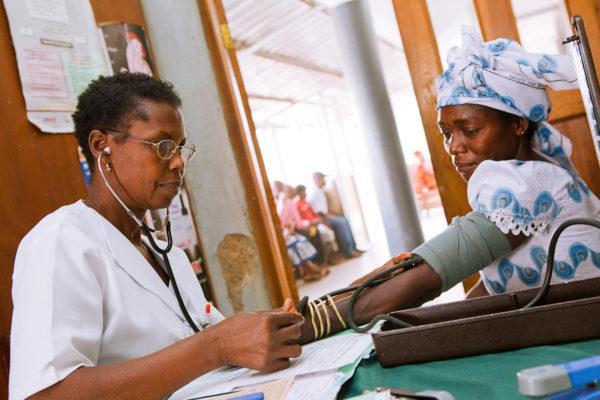 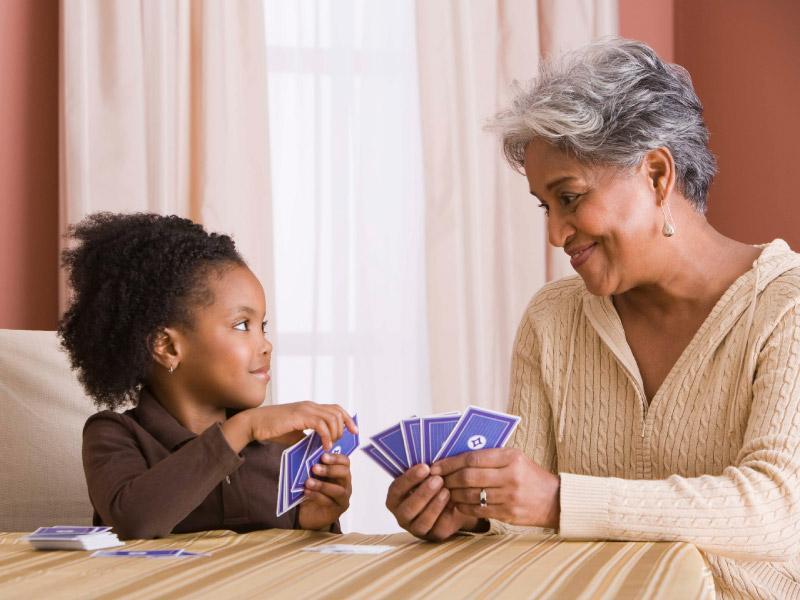 Barbara Stopfer hasn't had much of a social life since her husband died six years ago. She stopped seeing coworkers, too, after her heart condition required her to cut back her hours and work remotely. 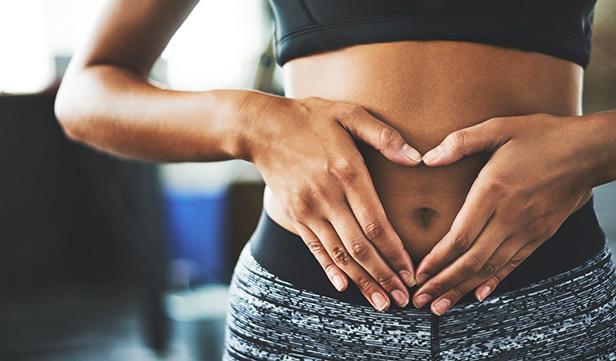 Too much belly fat, even for people with a healthy BMI, raises heart risks

People with too much fat around their midsections and vital organs are at increased risk for heart disease, even if their body mass index falls within what is considered a healthy range, according to a new scientific report. 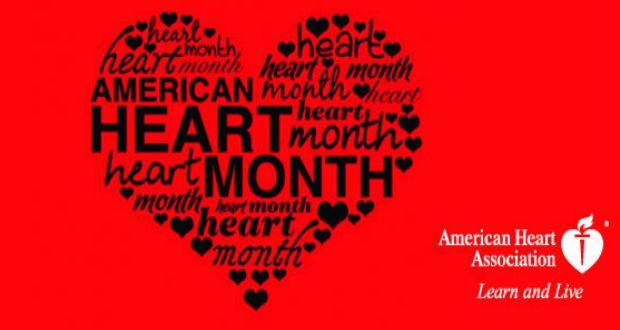 It's February – American Heart Month – a time when the nation spotlights heart disease, the No. 1 killer of Americans. President Lyndon B. Johnson, among the millions of people in the country who'd had heart attacks, issued the first proclamation in 1964.